John Pandazopoulos, Minister for Tourism, Minister Assisting the Premier on Multicultural Affairs, announced today that the Board of Trustees of the Council for the Parliament of the World’s Religions has selected Melbourne, Australia as the preferred city to host the 2009 Parliament of the World’s Religions event, the world’s largest multi-faith gathering.

The selection of Melbourne is subject to the completion of the financial plan, the final stage of the bid process.

“We are delighted that the CPWR Board has chosen Melbourne as its preferred city to host this important multi-faith event,” he said. “Melbourne will now secure private sector support to add to the financial commitments from local, state and federal governments in order to deliver the event. “This event will showcase Melbourne’s diverse religious and cultural profile to the world. It will put the spotlight on Melbourne as a multicultural city and demonstrate how different faith communities can operate in harmony,” Mr Pandazopoulos said.

The PWR is expected to bring 10,000 visitors to Melbourne and inject more than $75 million into the Victorian economy. It will run for 8 days during early December 2009 and will include more than 400 programs and performances relating to spiritual practice, religious identity, and intra and inter-religious dialogue.

First held in Chicago in 1893, the Parliament of the World’s Religions brings together the world’s religious and spiritual leaders and their followers to attend a series of conferences, congresses and debates where peace, diversity and sustainability is discussed and explored.

The PWR is run by the Council for the Parliament of the World’s Religions (CPWR) – a US based interreligious organisation that cultivates harmony between the world’s religious and spiritual communities, fosters their engagement with the world to achieve a vision of a peaceful, just and sustainable world.

The Reverend Dirk Ficca, executive director of the CPWR said that Melbourne could expect to receive worldwide attention during PWR 2009, as its importance has been magnified by the current world situation stemming from the more recent world events.

“In today’s world, there is a clear need for interfaith understanding, cooperation and for conflict mitigation of religiously inspired violence and terrorism,” said Reverend Ficca. “Recent world events highlight the need to support religious moderation in the defusing of religious extremism. Without peace between the religions, there cannot be peace in the world.”

The head of Melbourne’s winning bid committee, RMIT’s Professor Des Cahill, Australia’s representative one the World Conference of Religions for Peace, said “Religion and spirituality is now at the centre stage in Australian and across the world. It is a credit to its multicultural and interfaith climate that the world’s religious leaders and their faith communities have chosen Melbourne for such an important event. It is like winning the Olympic Games of religion and spirituality” he added. “This bid has been won by the people of Victoria”. He said that the Parliament events would involve both Melbourne and Regional Victoria.

Mr Pandazopoulos congratulated members of the bid committee which included representatives of Victoria’s faith communities, the support of the Federal Government and the Melbourne Convention + Visitors Bureau (MCVB), who have secured two events, each for 10,000 visitors within two months.

“The Bureau has worked closely with the City of Melbourne, the Victorian State Government and Federal Government to secure these major events for Victoria. Last month, MCVB announced that Amway Greater China had also chosen Melbourne for its incentive and training conference for 10,000 people in 2008. The Bureau has also helped secure 12 events for the new convention centre, all of which provide significant economic value to the State.” 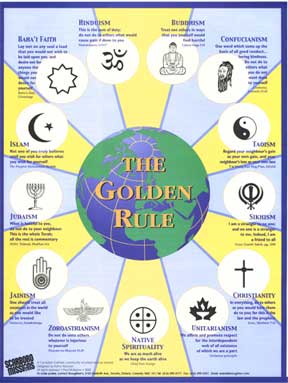